In early September of 2018 members of the Lindell and Valiquette families gathered together in Labelle, a village in the Laurentian mountains, north of Montreal. There was a chill in the air as they chatted while waiting for a unique memorial honoring both John Louis Lindell and his wife, Pierrette  Laurence Valiquette, to begin.

John Louis Lindell was born in Sudbury, Ontario on July 9th, 1936, the son of Karl Victor Lindell and Estelle Anita Jodouin .[1] His early years were spent in the Sudbury area. In 1945 the family moved to Asbestos, a mining town in the Eastern Townships of Quebec. His dream was to become a professional golfer and it was in this town that he learned to excel at golf, winning the Club Championship at a young age. His father had other plans and insisted on a good education for his son.

It was the 1950’s and a career as a golf pro didn’t seem promising.

John was an older brother. There was an age difference and we didn’t see eye to eye on many things, except golf. We were not close; however, we did enjoy family golf games during a weekend when Dad was home. John was always focused on his golf.

John excelled in high school and won a four-year scholarship to McGill where he attained a degree in Commerce. He became a Chartered Accountant.

It was at university where he met Pierrette. [2]. She was the daughter of Philippe Valiquette and Laurette Bruneau. They married in Montreal at Our Lady of the Sacred Heart Chapel in Notre-Dame Church in Old Montreal on January 30, 1960.

Over the years, John worked as an auditor for well-known companies. One of those companies was in the Toronto area where he became a member of the prestigious Toronto Board of Trade Golf Club. One year he won their Club Championship.
He blended work and golf masterfully throughout his life. Pierrette, his wife, soon learned the game and they enjoyed playing together in mixed golf events.

John’s last position was with Brown Shoe Company in Perth, Ontario, a quaint Heritage town. He had been given a specific mandate to verify their accounting procedures. He earned respect while accomplishing the task. He enjoyed living in a small community where it took only a few minutes to travel back and forth to work, giving him leisure time to drop by the golf course after work. There, too, he won the Links O’ Tay Club Championship numerous times over fifteen years.

Maybe his dream of being a professional golfer hadn’t been so far-fetched.

At the age of 62, John fell on the stairs in his home, causing much trauma. He was airlifted to the Ottawa Civic Hospital where within the week he died and was cremated. A Mass celebrating his life was held a St. John the Baptist Catholic Church in Perth. Pierrette chose to keep John’s ashes in their home. There was no funeral or wake, no closure for his family. It has taken almost twenty years for us to understand why.

John’s wife, Pierrette died in February of this year. Prior to her death she outlined her wishes to Peter, her son, hoping that he would fulfill them. He was true to his word.

The ceremony began as Peter strummed the guitar while we were singing, walking toward the grave. In front of the site were two bouquets of flowers, the urns and a small opening where the urns would be placed. Their daughter Anne- Marie guided us through the ceremony.

Anne-Marie and Peter began placing the urns in the plot. John and Pierrette, as in life, were now to be side by side, sharing their everlasting love, forever.

They had been together for almost forty years in marriage, separated by death for close to twenty years and on that peaceful September day in 2018 they were being reunited for all eternity. It is a moment in time that will be remembered by those of us who had the privilege of knowing them throughout their lives and were able to share in this family tribute. 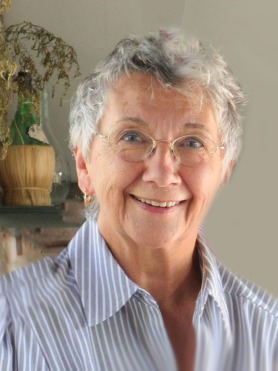 Note:
There is a personal tribute to Pierrette on our Genealogy Ensemble blog entitled “A life Well-Lived” https://genealogyensemble.com/2018/04/11/a-life-well-lived/