The headline read: “Bachelor awaiting his 11th child”. The 1969 newspaper article covered my Uncle Paul’s month-long trip to Korea, Hong Kong and the Philippines to visit “all his children”[1]. He sponsored his first foster child in 1961 and, only eight years later, he had 11 foster children.

My uncle, Paul Lindsay (1923-1987), was my mother’s only brother. He was interested in how the money raised by the Foster Parents Plan[2] was spent helping children and their families in developing countries. So, in 1969, he booked the first of several trips at his own expense and visited all his foster children in person. He was greeted like a hero everywhere – sometimes with a banner across the main street reading “Welcome Uncle Paul”.

He served for 20 years as a director of both the Canadian and international organizations of Foster Parents Plan. His ultimate dream was to have two children, a boy and a girl, in each of the areas served by the organization.

Uncle Paul was a stockbroker most of his working life with the Montreal brokerage firm MacDougall, MacDougall, MacTier.  Every weekday afternoon, he left work early and volunteered two hours of his time at The Montreal Children’s Hospital, playing with the kids in the orthopaedic ward. He was much appreciated and recognized as one of their principal volunteers during that time. Years later, I wrote and dedicated a children’s book to him called Bonnie – The Car with a Heart.[3] All proceeds from the sale of the book were donated to the Montreal Children’s Hospital in his memory. But not even “Bonnie” had a heart bigger than Uncle Paul! 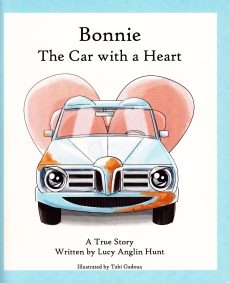 After his retirement in 1983, he moved from Montreal to Amberwood, a small community just west of Ottawa. He settled quickly into his new neighbourhood and before long he became a well-known member of the community. One of his proudest moments was being approved as a block parent – Uncle Paul to all – with a sign to post in his window. Only four short years later, after his death, the local park he helped develop for the neighborhood children was named after him.

Another of his passions in life was music, listening to a high-end audio system in his own home and singing as a member of the Montreal Elgar Choir for 30 Years[4]. When I was very little, he would cup my ear and say my pet name, “Little Lou”, in his deep baritone voice. The vibration tickled and made me shiver with delight.

Uncle Paul loved games! Perhaps it was the child in him. All kinds of games: golf, bowling, cards, Scrabble … and betting games at racetracks and casinos! He had a holiday apartment in the French Riviera (possibly purchased with his casino winnings?) When in town, the French children would gather at the local café waiting for “Oncle Paul,” eager for the promised coin or two. I stayed there one night in 1974 while backpacking around Europe with a high school friend. The next day, he bid us “au revoir” each with a bottle of French perfume.

My cousins and siblings all have fond memories of our Uncle Paul.  We never minded sharing him though; after all, he was Uncle Paul to all! 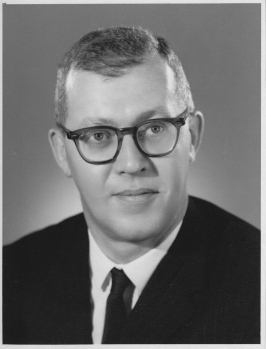