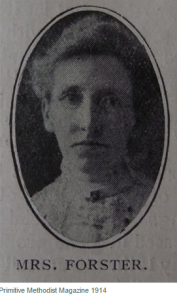 For a while there I thought I had an illustrious ancestor, Joseph Cowen, the radical Liberal MP from Newcastle-on-Tyne. Here was someone I could be proud of and  someone my ‘socialist’ brother, living in Europe, could be proud of, too. Or, so I thought.

Upon looking up my great-grandmother Emma Cowen’s father, John, on familysearch.org ,  I discovered that the man was born in Blaydon Manor, Durham, which would make him the brother of this famous Joseph Cowen.

There was no other John Cowen born in Durham in 1832, his birth year, so it had to be him. Right?

I texted my brother in socialist Denmark along with a capture of a statue of Joseph in the town of  Newcastle. “Look, who we’re related to. We’re NOT the descendants of lowly coal-miners. He’s got Daddy’s eyebrows, doesn’t he?)

My brother, probably washing down his grass-fed beef with an artisanal beer, immediately texted me back:  “That doesn’t sound right to me.”

So, I double checked to find I had been foiled by a census typo.

My real ancestor John, great great grandfather, was misspelled in the 1841 UK Census under John Cowin. This John Cowin was born 1932 in South Bedburn, Durham. Another later Census entry for the family confirms Emma Cowan’s dad was born in Bedburn.

Emma is my great-grandmother from Durham, who married John Forster, Primitive Methodist Minister, from Cumberland, who produced Dorothy in 1895, who married a Malayan planter, Robert Nixon (from Helmsley) in 1921 and whom I only met once in my life, 1967, the year of Expo67.  Dorothy is subject of my play Looking for Mrs. Peel.

So, it seems, I am not the descendent of a radical liberal politician, friend to Anglo-Jewry, but a descendant of one John Cowen, a Victorian Age auctioneer.

(And that is correct, because Emma Cowen was born on Eliot Street, in Crook and Billy Row, Durham, and his auction house was located there, I discovered on yet another online document.)

Because I had to know, I checked to see that the profession of auctioneer was a pretty lucrative one at the time, although one that was despised because it preyed on human misery.  Thackery, apparently, simply hated auctioneers.

Bankruptcy was often used in Victorian era novels to make a point about human greed and to propel the plot. George Eliot’s Mill on the Floss, which I just listened to online, includes a sad, plate-by-plate  description of a family bankruptcy.

Lead smeltering. Now, there’s the hideous job I was looking for! If your ancestry  can’t be illustrious, it might as well be pitiful.

It didn’t take me long to find out all about the lead mining industry in Alston, Cumberland, where most of my Cowens lived. (The place is still crawling with Cowens.)

There are lots of books out there on the subject. I downloaded one off Archive.org  about Alston and ‘its pastoral and mining people.’

For a time, apparently, lead mining was the only industry in the area, so my ancestor had no choice.

He had about 8 kids so the work didn’t dampen his mojo.

Lead was in everything back in the Victorian era, even in food, up until 1900 or so. (Lead actually smells and tastes nice, as any girl from the 1960’s who skipped on the sidewalks of our polluted  city streets knows very well.)

These Durham Cowen’s were all religious, described  as dissenters. Their births and marriages were registered at Redwing Chapel, Garrigle, Cumberland.

Here’s a drawing of the same chapel in the book about Alston and its people. 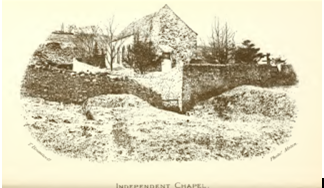